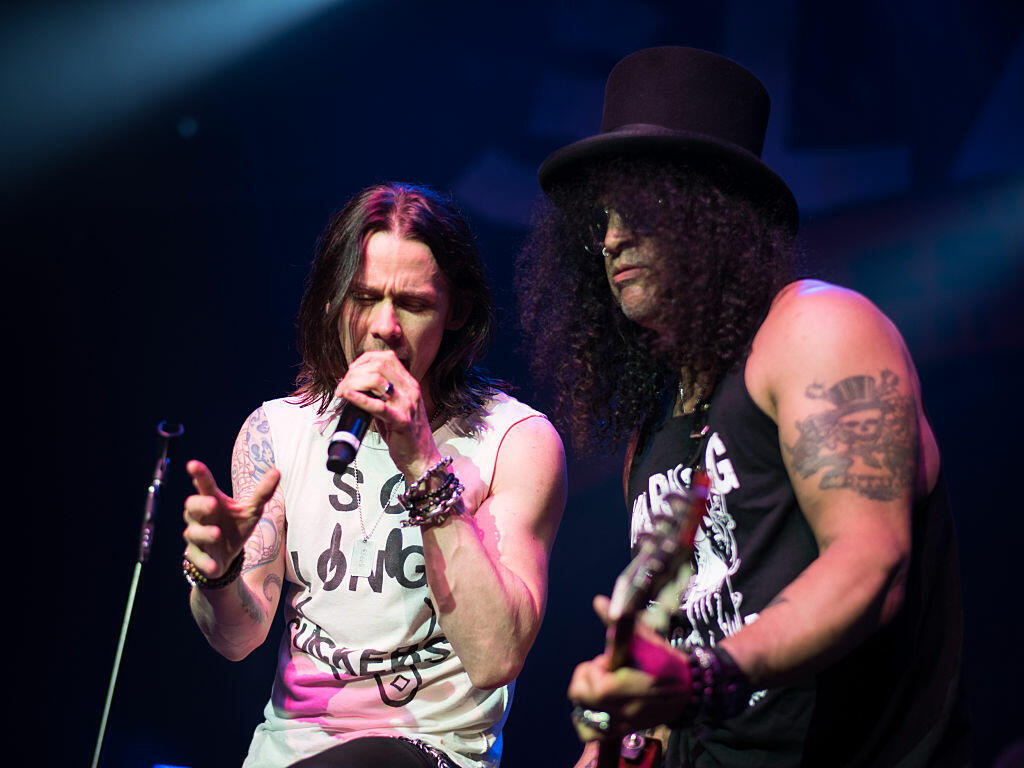 Slash has been a very busy man and he’s about to get even busier. He’s hitting the road with Guns N’ Roses this summer in Europe and he’s just announced work on a new album with Myles Kennedy and the Conspirators.

“I'm excited about the new stuff we put together for this next record; it's got some cool songs and it's got a great live feel,” Slash offers. "I've been working with Myles, Brent and Todd for about eight years now. It's been an amazing ride so far; as a band we continue to get better which is great. With the addition of Frank since the ‘World on Fire’ tour, I feel we have hit a great, creative stride which I definitely think shows on this next record."

The third album with Kennedy and his Conspirators comes out this fall. There is also speculation they’ll tour North America on the album as well.